How does Genesis protect its members? (Part 2 of 2) 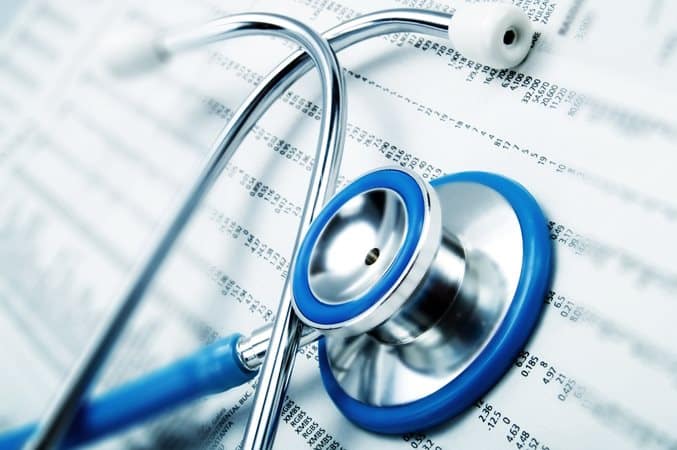 In the first of our series on this topic, we explained to our members how the legal and funding models of medical schemes in South Africa work.

We also explained how and why almost a third of open medical schemes “didn’t make it” in recent years.

In part 2 of our series, we will now take a closer look at some of the mechanisms that we have in place to protect our members.

Genesis members are undoubtedly in good hands. The Scheme has, over the past decade or so, consistently managed the operational and financial governance of the Scheme in a manner that provides reasonable assurance that assets are safe-guarded and the risks facing the Scheme, are being controlled.

These measures are not always favoured by members.  However, the fact that our members have enjoyed the lowest annual contribution increases of all open medical schemes in South Africa for the last eight consecutive years, coupled with increased benefits, speak volumes. Not only has this been achieved against industry increases in the region of 10.3%, but it has also been done with the consistent maintenance of a robust and resilient solvency ratio.

We would like to share some of our success stories with our members. After all, you are the shareholders of Genesis and whatever we do, has a direct impact on the price you pay as a member, as well as the healthcare benefits that you are entitled to.

Focus on what really matters

Our focus is on the provision of primarily catastrophic cover – that is, the big accident, illness or disease. We do not follow the general trend of trying to be everything to everybody and to fund loyalty and rewards programmes, preventative screening tests or gym membership. Instead, we aim to provide the best possible, no-frills and easy-to-understand benefits to a niche market in South Africa.

Industry-wide, up to 25% of the money paid as medical scheme contributions annually, is lost through fraud, corruption and abuse.

We have rigorous processes in place to protect our members, especially insofar as non-declaration (“non-dec”) of information is concerned. Currently, approximately one in five medical history reviews undertaken by Genesis, present evidence relating to non-decs.

Under these circumstances, membership may be terminated ab initio (as if membership never existed). Membership terminations are usually managed on a case-by-case basis and are never taken lightly; especially when the intent was to be dishonest or when important chronic or other serious and / or acute medical information was withheld from the Scheme at the time of joining.

Without this rigorous approach, the available pool of funds needed for the healthcare treatment for all members, will be depleted, driving up members’ contributions.

The funding model for medical schemes is based on the principle of cross-subsidisation. Generally speaking, younger / healthier members contribute for a reasonable period whilst not claiming anything major. During this period, they subsidise the higher claims of generally older / sicklier members. Over a period of time, the younger members will get older and will in turn benefit from the younger / healthier members who contribute to the risk pool.

Our business model is predominantly focused on attracting a younger member profile. That way, we are able to maintain a lower pensioner ratio and thus claims ratio. Generally speaking, schemes with a relatively high pensioner ratio may need to charge higher premiums to fund the higher claims which usually accompany an older risk profile.

Selective abuse of medical scheme funds, where large claims may be made shortly after joining a scheme at an older age, would result in increased contributions for all members.

Late joiner penalties on new membership applications are therefore applied in order to protect the Scheme and its members from a practice referred to as anti-selection. This term refers to the practice of joining a scheme at a later stage in life when a person is more likely to need expensive cover.

When a new membership application is received, Genesis may impose a 3 months general waiting period and / or a 12 months condition specific waiting period(s) for any pre-existing medical condition(s). This is done to protect the current membership pool from selective abuse when new members join only when they require medical attention.

Imposing waiting periods is the only mechanism available to medical schemes to limit the impact of anti-selection, which undermines a scheme’s ability to pay claims on a sustainable basis.

One should keep in mind the basic principle of insurance, i.e. that any risk pool must be supported by people who claim less, to maintain affordability and to be able to fund the expenses of those who claim more.

There seems to be an increasing trend where service providers (hospitals, doctors, specialists) bill medical schemes for treatment that was not related to a member’s primary diagnosis, in other words, the reason why the member was admitted to hospital in the first place.

An example of this would be when a member has his / her appendix removed – the Scheme will not pay for in-hospital psychiatric consultations, or dietetic services, or physiotherapy services just because the member also suffers from depression, have high cholesterol or has a back problem. In other words, members cannot have a general checkup just because they are in hospital and expect the Scheme (all the other members) to pay.

As a rule, claims that are not related to a primary diagnosis, will be rejected and will be for the member’s own account.

Claims not in line with Doctor’s Billing Manual (DBM)

All hospital claims are assessed in terms of the billing rules as set out in the DBM (published by the SA Medical Association). Where more than one procedure is performed at the same time (e.g. where two cancerous skin lesions are removed from your thigh and back at the same time as when a hernia repair is performed), the DBM states that the surgeon may charge 100% for the first procedure, 75% for the second procedure, 50% for the third and 25% for subsequent procedures.

Providers often bill their fees outside the parameters stipulated in the DBM and then charge 100% for all three procedures, in which instance Genesis will apply what is referred to as “modifier 0005”. The Scheme will therefore only reimburse claims as per the guidelines stipulated in the DBM. That way, we protect our members against this form of over-charge.

Open door – speak to us

Although it is our ambition to always do everything right the first time, our employees are also humans; they may not always get it right.

We therefore invite our members to talk to us when claims are not paid, or when there is something they don’t understand. We will always go out of our way to assist our members, to provide feedback and to fix a mistake.

The Content on this site is not intended to be a substitute for professional medical advice, diagnosis, or treatment. Always seek the advice of your physician or other qualified health provider with any questions you may have regarding a medical condition.