The Pros and Cons of the Flu Vaccination 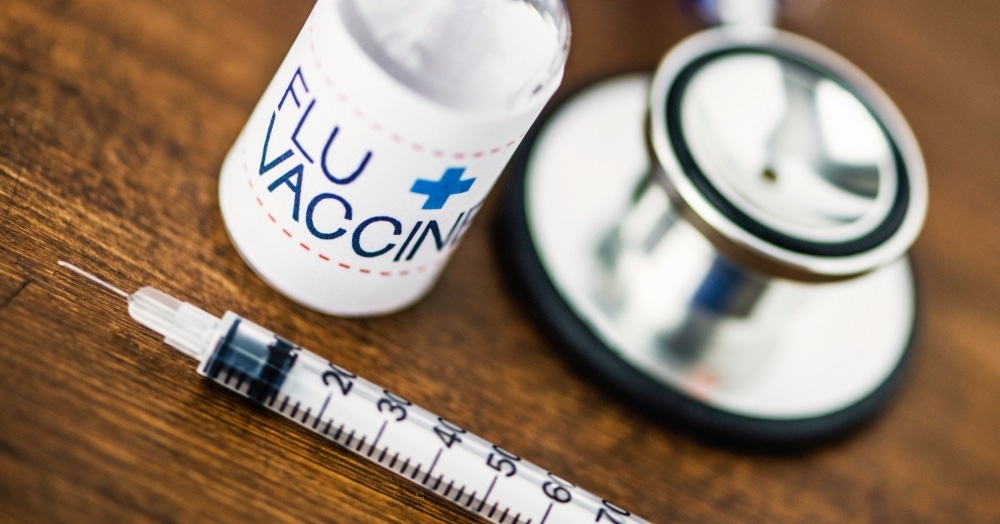 Flu vaccine season is upon us

With the winter season upon us, most of us are likely to be affected, in some way or another, by the influenza (“flu”) virus.  Some of us get sick, while many others have to take care of loved ones who become ill.

Flu can be more dangerous than the common cold for pregnant ladies, children or the elderly.  Complications such as pneumonia, or the worsening of existing heart problems, can be life-threatening.

Flu vaccination is widely recommended as a preventative measure that will protect you from getting seriously ill.  The Centres for Disease Control and Prevention (CDC) in the USA conducts annual studies to determine how well the flu vaccine protects against the virus and although recent studies found that its effectiveness can vary, it does show that the risk of getting flu is reduced by 50% to 60%.

Who should be inoculated?

With the exception of babies under the age of six months, vaccination against flu is widely recommended for every member of the public, but in particular to the following groups of people during the flu season:

Who should not be inoculated?

Any person suffering from the following condition(s) should not be inoculated without first consulting a physician:

How well does the Flu Vaccine Work?

According to Rishdah Wheeler, a Cape Town pharmacist, there is no conclusive evidence that the flu vaccine is always effective in preventing or mitigating any attack of flu.  People who have had the vaccine, often complain that it was ineffective. There is no single virus that causes the flu and therefore there is no single vaccine that can offer protection against all strains of the virus.   Wheeler states that two factors play an important role in determining the likelihood that flu vaccine will protect a person from flu illness:

It takes time to produce vaccines, so a new vaccine can’t be instantly produced when a new type of flu strain starts to cause problems. A flu vaccine is designed to confer immunity against the strains of flu that are expected to be the most common and the most serious.

The CDC and United States Food and Drug Administration (FDA) conduct ongoing safety monitoring of vaccines licensed for use.  To this end, they use the “Vaccine Adverse Event Reporting System” and the “Vaccine Safety Datalink”, in collaboration with various other healthcare organisations, as primary systems to monitor vaccine safety. These studies report no risks associated with the use of the flu vaccine and are regarded among the safest medical products in use.  In fact, CDC and the World Health Organisation (WHO) recommend that all pregnant women and everyone six months of age and older receive an annual flu vaccination.

A Shot Worth Taking…?

In a 2013 Report from the Vaccine Court of the Department of Justice in the USA, some serious warnings were however issued.  The report highlighted the fact that, of all the people injured or killed by vaccines, the greatest percentage of damages compensated were for the flu vaccine (mostly for GBS).   They reported that injuries and deaths due to the flu vaccine were compensated more than the total compensation paid out to eleven other types of vaccines and concluded that the flu vaccine is the most dangerous vaccine in America.

The Deadly Truth About Flu Vaccines

Some expert views are strongly of the opinion that the potential lack of safety of the flu vaccine may outweigh its benefits.

Information provided by vaccine makers almost always categorically warn that “safety and effectiveness have not been established…”.  Various scientists, virologists and medical journals have reported that there is no valid evidence that flu vaccines are safe or effective.  Studies conducted in the United Kingdom, Finland and Sweden have also concurred that the flu vaccine directly contributed to the rise in cases of narcolepsy amongst children (including the unborn developing foetus).

Although there is strong consensus that serious adverse events associated with flu vaccines are very rare, the risk of any complication(s) is not absolutely zero.  Conditions such as Attention Deficit Hyperactivity Disorder (ADHD), autism, learning problems and certain autoimmune disorders may take years to manifest, but may be positively linked to the flu vaccine.  Some immunologists are also of the opinion that narcolepsy, diabetes and rheumatoid arthritis may be positively associated to the flu vaccine.

Besides vaccination, how can people protect themselves against the flu? The choice to vaccinate, or not to vaccinate, is a difficult one.  Whilst the safety of the flu vaccine is a given in the majority of instances, the potential risk associated with it is most certainly an important factor to consider for some people.   Ideally we should all build up our own immune systems and not rely on the flu vaccination.   Having a healthy immune system could result in not getting sick that often.  Our immune system is complex and depends on many factors, including a balanced, fresh diet, regular exercise, adequate sleep, good hygiene and managing psychological stress, to name but a few.