NHI – how could that affect you as a Genesis member? 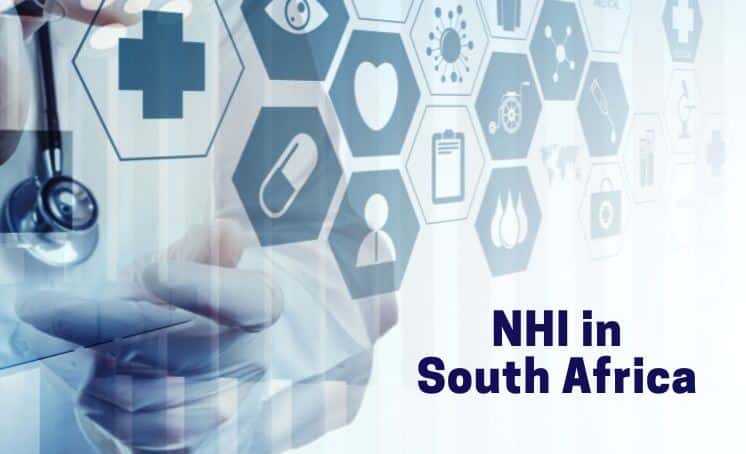 What is the NHI Bill?

The aim of the Bill is to create a NHI Fund which will pave the way for a “comprehensive overhaul of South Africa’s healthcare system”. It is regarded as one of the biggest policy changes since 1994.

While the 60-page bill goes into detail in a number of areas, it still fails to provide answers to key questions on the proposed NHI system.

How will the NHI Bill work?

Various committees and teams, with medical professors, will be formed to decide what protocols doctors can follow, what treatments they can administer and what lists of drugs and technology can be used. The state would therefore introduce a system where patients would access higher level services (e.g. to see a specialist) only on the basis of referral networks to keep costs down.

Under the Bill, every doctor will be bound to treat NHI patients in a specific way, whether or not they agree with it. If a doctor does not agree with the prescribed referral route as determined by the NHI, he / she will have to log a complaint.

Under the NHI, the State will literally control every aspect of healthcare, for example:

At this stage, it seems unlikely that the private sector would be allowed to play a role in managing what will in essence be a state-owned enterprise at least twice the size of Eskom. The future of private health care, as well as fears among middle-class South Africans that they, too, could in future be spending hours at a time in long queues at understaffed and under-resourced state hospitals, are currently creating major uncertainty and panic amongst members of medical schemes.

Who will pay for the NHI?

For the time being, the implementation of new taxes for NHI is not expected before 2022.

Once implemented, however, payment to the Fund will be mandatory and will be collected as part of general tax revenue.

Initially government will not be raising taxes to fund the NHI, but will be using the funds that are currently available more efficiently. It is only in the final stages that Treasury will evaluate and implement new taxation.

Although Treasury is still working on a new financing paper for NHI, funding is expected by way of:

There is as yet no indication as to how much this may cost taxpayers. However, it seems more certain that taxpayers will no longer receive medical scheme fees tax credits, which for a family of four, currently provides relief of just more than R12,000 per year.

How will it affect medical schemes?

Currently, the Bill provides very limited information about the future role of medical schemes. It only states that, once NHI has been fully implemented (i.e. by 2026) will medical schemes be allowed to offer complementary cover to services not reimbursable by the NHI, in other words, outside government’s package of care.

The Bill does not expressly exclude persons from obtaining services privately and outside the NHI Fund, however, private insurers and medical schemes will not be allowed to provide cover for services covered by the NHI. Hence, expensive treatments previously covered by medical schemes, could become unaffordable if funded privately.

NHI roll-out not a walk in the park

According to a magnitude of parties opposing the NHI Bill, there are strong views that the Bill will create an easily captured governance structure that will concentrate power in the hands of the minister. As no minister to date has been held to account for state capture, the concerned views are that “nothing will be different”, with specific regard to the fact that the first phase of the NHI pilot projects that have been rolled out, costed R4bn and achieved nothing. According to Wits School of Governance Prof Alex van den Heever, the Department of Health has a consistent history of failure.

Although the idea that the UK’s NHS-style system could work in South Africa is a genuinely heartwarming one, the reality of stone-cold practicalities, creating another state-owned enterprise to swallow public money, is the last thing our economy needs.

A recent report in The Times highlighted renewed fears about mass emigration of doctors and other health professionals. Without doctors, we don’t have any healthcare system – neither private nor public. This would kill not only the NHI plan that relies explicitly on there being more doctors, but it may kill the private healthcare sector, or what will be left of it, as well.

The DA has questioned the constitutionality of the Bill and vowed to use all legal options to fight what it deems a bad draft law designed to turn the health system into “another state-owned enterprise”. DA leader Mmusi Maimane also said the Bill would not pass constitutional muster, as it will undermine the role of provinces in providing health care.

How could this affect you?

In a nutshell, your doctor may no longer be allowed to decide which medication you can take and which treatment would be appropriate.

You would also be denied free treatment should you deviate from the prescribed referral pathway, for example, your GP will have to refer you to a specialist. You will not be allowed to go directly to any medical specialist.

Where does the proposed NHI Bill leave you as a Genesis member?

Nothing will change, at least not for the foreseeable future.

We do not envisage any material impact on our business, the cost or the benefits provided to our members over the next few years.

As the roll-out of the NHI is expected to take place over an extended period, it will be limited by our country’s current economic and financial position, making the proposed Bill a potentially unattainable objective.

Over and above that, the legislative process may take a considerable amount of time. More than 10 different Acts need to be amended to allow the Bill to be passed.

Further to this, the view of a multitude of role players is that substantially limiting the role of medical schemes, would be counterproductive to the NHI. It is an undeniable fact that there are simply insufficient resources to meet the healthcare needs of all South Africans. By preventing those who can afford medical scheme cover with an option to use it, the burden on the NHI will be increased and will drain the very resources that must be used for people in most need.

In the meantime, there is no reason to be concerned about anything. To the contrary, Genesis members can look forward to (once again) enhanced benefits and a below-average contribution increase for 2020.