How to tenderise meat with lemon juice 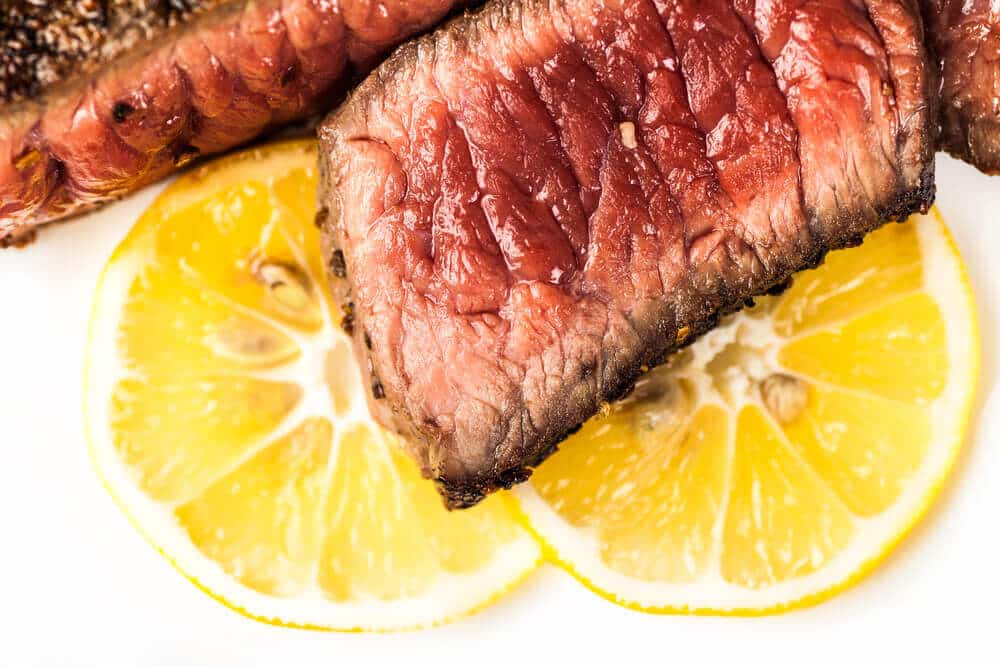 Make your braai as healthy as possible by using lemon juice to tenderise your meat.
Humans have been cooking meat over open fires since ancient times and, today, braaiing is still as popular as ever.

In recent years, however, research has shown that exposing meat to high temperatures and cooking foods for prolonged periods over the coals may generate cancer-causing substances called heterocyclic amines (HCAs) and polycyclic aromatic hydrocarbons (PAHs).

Fortunately, this doesn’t mean that our days around the braai are over. By taking a few simple precautions – such as marinating meat with healthy, natural lemon juice before lighting a fire – can lessen the cancer-causing substances that tend to form during the cooking process.

An acid-containing marinade not only helps to flavour meat; it also helps to tenderise it.  Acid causes the protein and connective tissue in meat to break down. At a molecular level, the proteins in meat are shaped like coils. When the proteins are exposed to acid, their coils unwind. This is called denaturation – a process that leads to softer, juicier meat.

Marinating meat in, for example, a lemon-juice marinade, will set the process of denaturation in motion. As a result, the meat’s cooking time on the braai grid can be shortened, helping to limit the time in which cancer-causing chemicals may develop.

A basic marinade for meat can be made by mixing 125 ml of cold-pressed, extra-virgin canola oil with 375 ml lemon juice, 1 clove of crushed garlic, a sliced onion and freshly ground pepper. Don’t add salt at this stage, as it can dry out the meat. Salt may also reduce the smoke point of your oil, making it burn faster. This, in turn, can cause cancer-causing chemicals to develop. Only salt the meat when it’s almost done cooking.

Note that cold-pressed, extra-virgin canola oil is a very natural, healthy oil that has a high smoke point. This makes it perfect for use during high-temperature cooking (e.g. braaiing).

Remember that cancer cannot be blamed on a single factor such as the cooking methods you use. If you’re worried about cancer, talk to your doctor about getting the appropriate screening tests done for your age and gender.