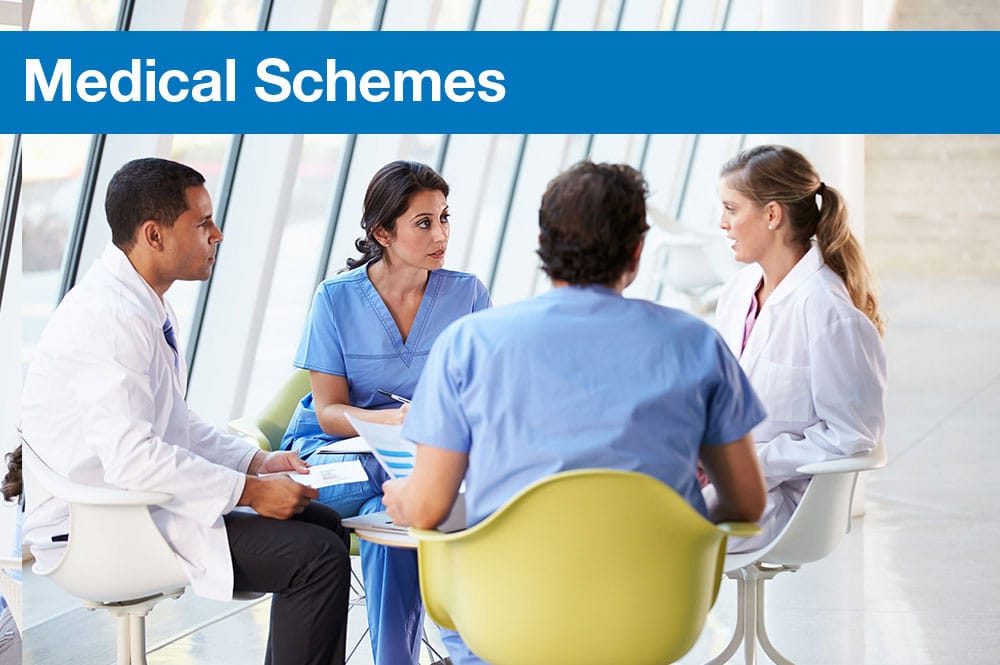 Which are the best medical aid schemes in South Africa, and which ones are the worst?

Perceptions rule in the medical aid scheme sector.  It doesn’t take long for unsubstantiated facts which are used out of context to become a ‘universal truth’ that is accepted by everyone in the industry.

With schemes reporting annual escalations at present, the medical aid sector is shaping up for its annual round of lies, damned lies and statistics. Unfortunately, it’s all too likely that the media, brokers and scheme members will be taken in by the hocus-pocus medicine that is being poured down their throats.

In this opinion piece, Genesis Medical Scheme steps aside from the bald-faced assertions being touted around like snake oil by other medical schemes and provides an accurate assessment of some of the facts to help people better understand what “value” means in the medical aid sector.

Lately, much has been made of size. The big schemes and many medical aid brokers are inclined to brag about member numbers. The perceived worth of a scheme seems to be measured by the number of members they have.

But their boasts contain no mention of the Council for Medical Scheme’s (CMS) Circular 4 of 2013, where it is stated that the size of a medical scheme does not seem to have an impact on cost increases.

Medical schemes are price takers; not price makers. Indeed, it is claims, rather than benefits, that determine costs. Circular 4 of 2013 also states there is no proven benefit, in terms of lower costs as a result of economies of scale, for members who belong to big medical schemes.

There are multiple complexities involved that the average person may be unaware of, made all the muddier by unsubstantiated claims made by the various industry players. Who then can blame the consumer for feeling like an item of clothing in a tumble dryer? Is this the reason why scheme members have become so desensitised to the cost of private healthcare? Many just accept the status quo, blindly following industry leaders who pull on leashes made of junk and misinformation.

Last month, Discovery Health’s Chief Executive Officer, Dr Jonathan Broomberg, was reported by the media to have stated that:

… Discovery Health Medical Scheme has the lowest cost inflation in the industry and its contributions are, “on a benefit-adjusted basis”, on average 15 per cent lower than all other open medical schemes in South Africa – [source – http://www.iol.co.za/business/personal-finance/two-big-medical-schemes-to-up-rates-by-8-9-1.1577535]

But we should ask: How could this have been stated as a fact at a time when 22 other open medical schemes had yet to announce their increases for 2014?

As always, quoting percentages – whether as a standalone figure or as an increase is very misleading. Percentages don’t give actual figures, only ratios (between figures). For example, a customer acquisition growth of 100% sounds like a lot, but when you only had one customer to begin with, it still only means a total of two customers. As statisticians repeatedly warn: Always put a number in context.

We should consider actual numbers, then. The following table displays the approximate average gross contribution increase per average beneficiary per month for some open medical schemes for 2014:

How can Broomberg possibly make his claim about having the lowest cost inflation? Discovery is by no means the cheapest in the industry. More to the point, the average fee for Discovery’s trustees was 74% higher than the rest of the industry in 2012. And, yet, they are tagged as the cheapest…?

A few days after the Discovery announcement, Momentum Health’s Damien McHugh was noted in the media as stating his scheme boasts the lowest average member age out of the top 10 open medical schemes in SA. [source – http://www.risksa.com/momentum-health-announces-2014-contribution-increases/].

However, there are no published statistics available on the average age of scheme members, only on their beneficiaries. We should question where this information was received from. Further, according to the 2012 results of medical schemes recently published by the Council for Medical Schemes, Momentum ranks number nine of 25 among the open schemes in terms of the average age of their beneficiaries; not number one.

McHugh, in his statement, made reference of the “top 10 open medical schemes in SA”. The natural question that follows is how are these “top 10” defined and agreed upon. The most popular yardstick seems to be membership size, but if one uses this criteria, 20% of the top 10 schemes don’t meet the minimum required solvency levels.

In addition, the 10th largest open scheme in SA, Resolution Health, had a solvency ratio of 6.1% at the end of 2012. If its members were aware of this, and actually understood the full implications of this low solvency, they’d surely be leaving the scheme as quickly as rats depart a sinking ship.

One can’t help wonder how the mere size of his scheme’s membership will pay its members’ bills, when their reserves are the lowest in the industry – 18.9% less than the legal solvency requirement of 25%. He also states that brokers tend not to promote smaller schemes to their clients, but he completely misses the point. Brokers should promote schemes who can pay their members’ claims.

A “smaller” scheme with higher reserves is in fact “bigger” than a large scheme with low reserves.

To demonstrate this point, Genesis Medical Scheme, a medium sized scheme, consistently maintains healthy reserves and below-industry average increases. As at the end of 2012, Genesis had R34 916 in reserves per member to pay claims. On the other hand, the 5 largest open schemes maintained an average of only R9 730 in reserves per member. Clearly, bigger is not always better.

In an article published in Personal Finance on 21 September, it was said that members using certain network healthcare providers can get a discount of between 10 – 20% on their contributions, and that schemes that have offered these discounts for some time, have improved operating surpluses and reserves. This statement contradicts the financial results of medical schemes recently published by the Council for Medical Schemes, where it is evident that the majority of the so-called “cheaper network options” had negative net healthcare results.

Yet, nobody asks who (or which members) actually subsidise these losses. Members on options that do make a profit, are never told that they to a large extent pay for (subsidise) the contributions of other members on network / other loss-making options.

Genesis Medical Scheme keeps the cost of healthcare down without forcing its members to use network healthcare providers.

Everybody is fed the line that “bigger is better” – but that always depends on how and what we’re measuring.

Every medical scheme, big or small, offers its members the same opportunity to be treated in a private hospital. Size is therefore irrelevant if a scheme meets the required solvency levels.

But while bigger may not actually be better for members, it is clearly the case that bigger is better for the administrators. It’s evident that the larger the number of members of a scheme, the greater the fees are that are levied by the administrator of those medical schemes.

No wonder there is such an outcry that medical schemes are all a rip-off. Far too often it is the unsuspecting client (member) that funds the exorbitant fees that are not related to the actual cost of healthcare.