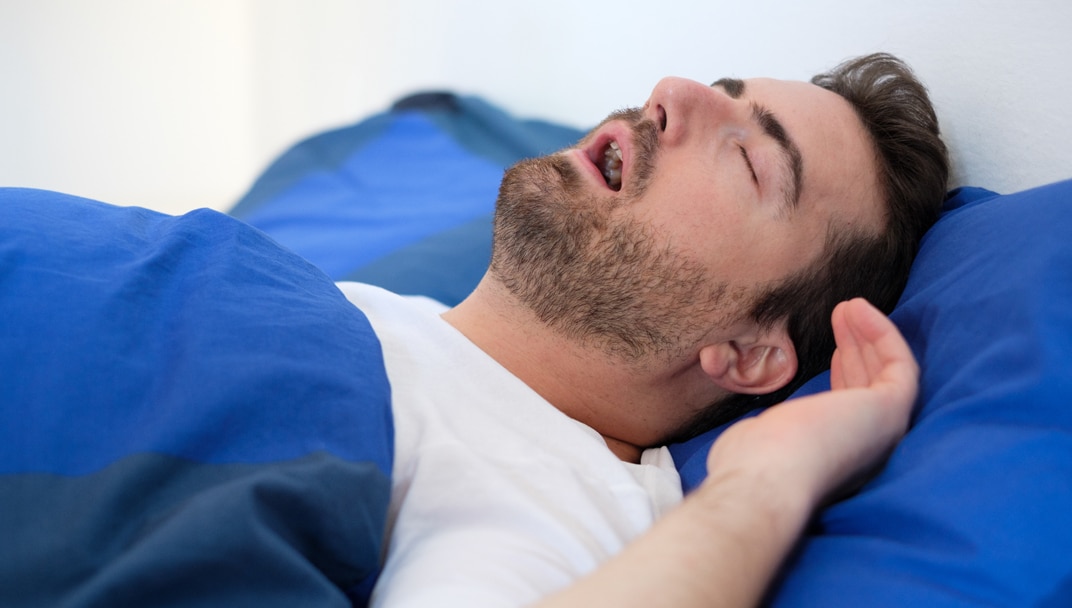 American actress Carrie Fisher, famous for her role as Princess Leia in the Star Wars films, died of a heart attack in 2016.

Her death certificate listed cardiac arrest as the result of sleep apnoea and atherosclerosis as the cause of death. Sleep apnoea was also a factor in the deaths of James Gandolfini of The Sopranos, comic actor John Candy, and the Grateful Dead’s Jerry Garcia.

So, if you from time to time get a firm elbow in the ribs when your partner can’t bear your loud snoring anymore, you’re in good company. Snoring is often a symptom of sleep apnoea, a condition where your breathing is interrupted repeatedly while you sleep.

If sleep apnoea goes undiagnosed and untreated, it could be life threatening. Risks include heart attack, stroke, irregular heartbeat, and atrial fibrillation, among others. Obstructive sleep apnoea (OSA) raises your chances of having a heart attack by 23 times.

What is sleep apnoea?

The most common is obstructive sleep apnoea, where the muscles in your throat relax and fail to keep the airway open, thus interrupting your breathing. This could result in the muscles pushing against each other, causing a vibration, hence the snoring.

Central sleep apnoea is less common and the result of your brain not sending signals to the muscles to keep the airway open. It is more common in older people.

Complex sleep apnoea is a combination of both.

Interruptions in breathing could last from a few seconds to minutes and this can happen throughout the night. It is especially common in men. You may also choke or snort as you start to breathe again. Because it interrupts your sleep, even without you being aware of it, this can leave you unrested, sleepy and bad-tempered during the day. It can even lead to depression.

Who is likely to suffer from it?

Sleep apnoea is more common in men than women, with four to five percent of women and eight to 10 percent of men having the disorder. Overweight people and people who have thick necks are also more prone to it.

Various devices are used to keep the airway open. These typically blow pressurised air into the airway while you sleep. A mouth-guard device can also by worn while you sleep. These are made by qualified dentists with experience in sleep medicine. In extreme cases, for example people who have facial deformities that cause the apnoea, surgery is performed. Operating on a deviated septum could open the nasal passages, while the removal of tonsils and adenoids may also improve the situation.

Some people have reported that taking two magnesium tables before bedtime helps to get a decent night’s rest.