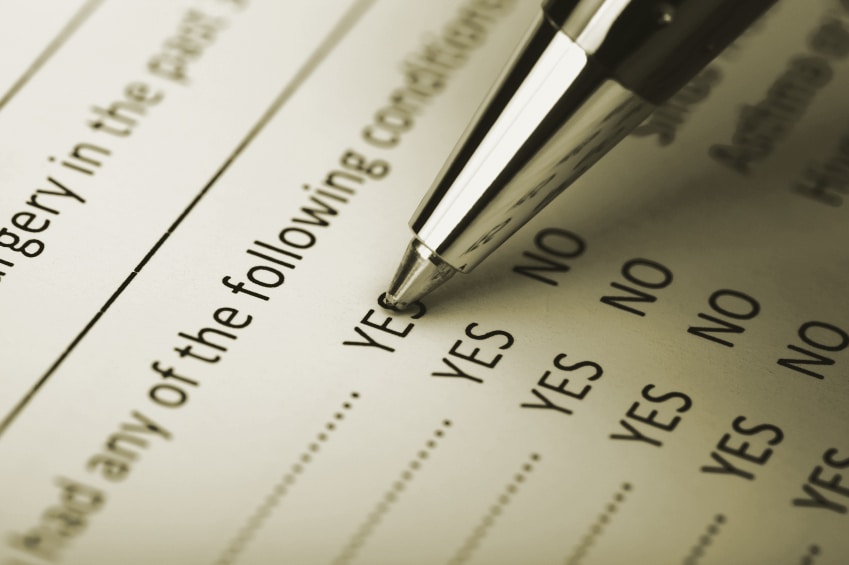 Have you read part 1 of our series on Medical scheme non-disclosure?

In part 2 of our series, we will discuss a few real case studies to demonstrate how the serious issue of medical scheme non-disclosure looks like in practice.

Case 1 –  back condition not declared

Ms Smith*, a 45 year old lady from Mpumalanga, completed her membership application form on the 15th January 2017, for a membership start date on the 1st of February 2017.

According to the information provided in her application form, she was in perfect health and had never suffered from any medical conditions, symptoms or disorders.  She specifically indicated that she had never obtained any medical advice, treatment or counselling in respect of any condition(s) in connection with her joints, limbs and spine, or any other neck or back disorders.

On the 8th of February, only eight days after joining Genesis, the Scheme received a request for authorisation from a private hospital in Roodepoort to treat Ms Smith for sciatica in the lumber region.

At the time, Genesis requested additional medical information from Ms Smith’s treating doctors.  It was then revealed that she had consulted with her GP for intervertebral disc degeneration in October 2016 and that a lumbar spine and pelvis X-rays had been taken at the time.  Her Radiologist also recommended an MRI scan.

Upon questioning Ms Smith about her back condition that existed prior to joining Genesis, she admitted to having regular back pain in the past, as well as to the fact that she received treatment in the form of medication and injections.  In her “defense”, she stated that she deemed her back condition “normal”.

After having considered all the information at its disposal, Ms Smith was informed that her membership would be terminated ab initio (as if she was never a member).  The contributions paid by her, less a deduction for administrative and brokerage fees, were refunded to her.

Mrs Collins*, a 29 year old mother from Johannesburg, applied for membership for her and her 6 year old daughter on the 18th January 2016.  Their membership commenced on the 1st February 2016.

According to the information provided on her application form, both the member and her daughter were in perfect health and had never suffered from any medical conditions, symptoms or disorders.  She specifically indicated that she had never obtained any medical advice, treatment or counselling in respect of any condition(s) in connection with any dental treatment, advice or consultations.

Three weeks after joining the Scheme, Genesis received a request to fund her daughter’s multiple dental problems under conscious sedation.  A total of 17 procedure codes were submitted to the Scheme.

Upon further investigation, the Scheme received information confirming 6 dental consultations for her daughter during the period April to October 2015, in other words, as recent as 3 months prior to their join date with Genesis.  It was also reported that the Dental Practitioner decided, during the last consultation in 2015, to do the required dental treatment under conscious sedation in 2016.

When questioned, Mrs Collins stated that she was not aware of the fact that dental information had to be provided in her application form.  She also stated that she “had hoped the dental problems would go away”.

The facts of this matter were that Mrs Collins failed to disclose her daughter’s consultations with a Dental Practitioner, as well as the future treatment that was recommended. After having considered all the information at its disposal, Mrs Collins was informed that her membership would be terminated.  The contributions paid by her, less a deduction for administrative and brokerage fees, were refunded to her.

Mr Scott* from Tshwane applied for Genesis membership on the 19th February 2013.  He was 51 years old at the time and joined the Scheme on the 1st March 2013.  According to his application form, he was in perfect health and declared that he had never suffered from any present or past medical conditions, symptoms or disorders.

During the time of his membership, he was treated and had undergone various operations and procedures, such as a hiatus hernia operation, a duodenal ulcer, a fistula of the stomach, intestinal obstruction and nephritis.

In March 2017, he was treated for ulcerative colitis and was thereafter admitted to a step-down facility for rehabilitation purposes.  According to the information that Genesis received from the step-down facility, Mr Scott had a past history of having undergone a hemicolectomy (removing part of colon), as well as cancer of the bladder.

As these material facts were not disclosed in his application form to the Scheme, Mr Scott was requested to provide information / comments to the Scheme in order to put the case before the Board of Trustees, however, he never refuted or disputed the fact that he failed to disclose his past medical history of having undergone a hemicolectomy and previous cancer of the bladder.

After having considered all the information at its disposal, Mr Scott was informed that his membership would be terminated ab initio (as if he was never a member).  Considering the contributions paid by him that were offset against the administrative and brokerage fees, together with claims that have been paid out on his behalf, Mr Scott now owes Genesis in excess of R1.2m.

Responsibility of the Board of Trustees

The Board of Trustees of a medical scheme has a broader responsibility to the membership of the scheme as a whole, particularly to those applicants who fully declared details of pre-existing conditions when joining and were subject to Schemes’ normal underwriting criteria and waiting periods.  Omissions, however unintentional, innocent and without malice, require the Board of a medical schemes to take the necessary actions to be fair on the membership as a whole.

Be honest.  You have nothing to lose.

When completing your medical scheme application form, always be mindful of the fact that there can be serious consequences if you fail to declare material information about your medical history or that of your dependants.

Medical schemes cannot refuse your membership application, or increase your monthly contributions for any previous or existing health condition that you or your dependants may suffer from (or may have suffered from).  The “worst” that may happen, is that you may receive certain waiting periods on certain conditions.  This may be a 3 months general waiting period and / or a 12 months condition specific waiting period(s).

The devastating consequences of non-disclosure and of being kicked off your medical scheme when treatment is urgently needed and / or then having to pay huge medical bills far outweigh that of a possible waiting period(s).

*  Surnames of members have been changed for the purpose of confidentiality.